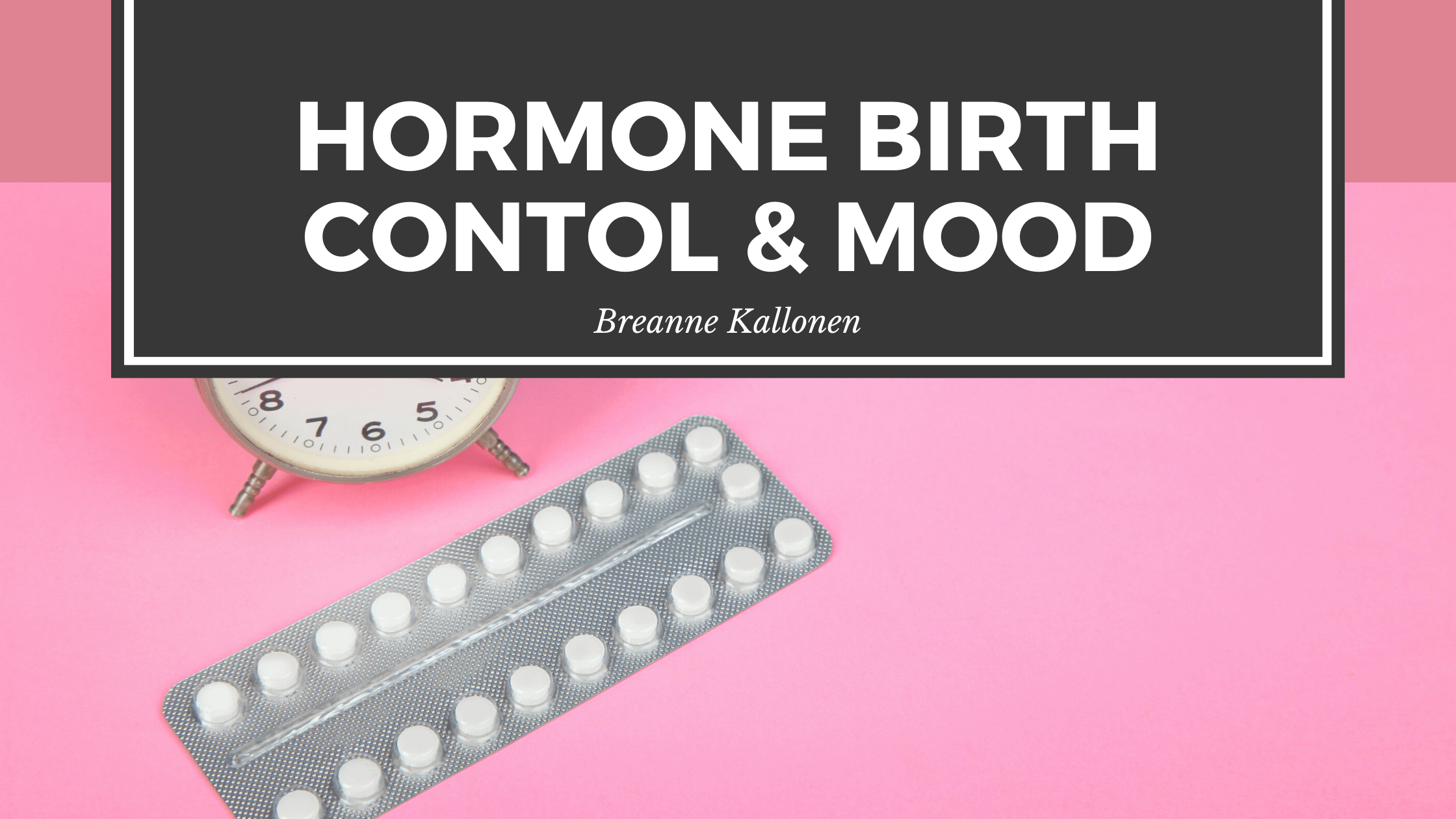 Today’s post is all about hormone based birth control. I’m referring to the pill, the patch, the ring, the shot, the implant and the hormonal IUD.

One of the most common side effects of all the above sources of hormonal birth control is changes to mood. A study in the Journal of the American Medical Association, of over 1 million women, showed that women who began the pill were 23% more likely to be prescribed an antidepressant (1). This to me demonstrates to me that these forms of birth control contribute to more than just some mild mood changes.

Researchers went on to discover that women who use the progestin-only or mini pill or 34% more likely to be prescribed an antidepressant (1). Another recent study has discovered that young women who use hormonal contraceptives have three times the risk of suicide compared to those who’ve never use this type of birth control (2). The study found that the threat of suicide was highest during the first two months after beginning the pill, the ring, the hormonal IUD, or the patch (2). The risk does appear to plateau after a year, but the risk still remains higher compared to that of women who have never used hormonal contraceptives (2).  The patch had the highest danger of suicide attempts with the other hormonal contraceptives following closely behind.

Oral birth control is associated with an increased risk of stroke, heart attack, insulin resistance (resistant weight loss & diabetes risk), high blood pressure, elevated cholesterol, and the development of autoimmunity (3).  Birth control can be a great tool to prevent pregnancy, but many women who I see in my practice are on the pill for a different reason. Many women I see who were experiencing acne, painful periods, endometriosis or PCOS were all prescribed the same “solution”, hormonal birth control.  In fact, 60% of women are actually using birth control for primary symptom management and not necessarily to prevent pregnancy (4). There are so many ways to work with your body to balance your hormones naturally.

How does hormone birth control work?

The primary way that birth control pills prevent pregnancy is to shut down brain ovarian communication.  Hormonal birth control is designed to stop ovulation by suppressing the production of two brain hormones follicle-stimulating hormone (FSH) and luteinizing hormone (LH). FSH and LH work together to mature and egg and trigger ovulation.

The anterior pituitary in the brain secretes FSH to

The anterior pituitary in the brain secretes LH to

Types of hormone based birth controls

There are two types of birth control pills. There is a combination pill and the progestin-only pill or “mini pill”.

The combination pill is most commonly used and contain synthetic estrogen and progestin. It’s more effective and has less breakthrough bleeding. This combo pills suppress ovulation, cervical mucus to block sperm, changes to a motility, and thins the uterine lining.

The progestin-only pill is typically used by women who have had adverse reactions to synthetic estrogen or are currently breastfeeding. The progestin only pill only stops ovulation in about 60% of women. In progestin only contraceptives like the mini pill or the IUD, not all women stop ovulating. Progestin works by thinning the lining of your uterus, the endometrium, so if an egg does become fertilized, it is unable to implant in that uterine lining.  This is one way in which women have lighter or absent periods. Progestin only contraceptives also thickens cervical secretions making it difficult for sperm to make it to the egg in the event that ovulation does occur.

One important thing to consider is the pill does not “fix” your cycle and you are not actually having a true period. That placebo week, while you’re not taking the pill, you are not actually getting a menstrual cycle because you never ovulated.  Instead, this is a medically induced withdrawal bleed.  If your doctor tells you your period is “fixed” know the hormone pill never did actually impact your menstrual cycle in a positive way and instead only induce a medication withdrawal bleed.